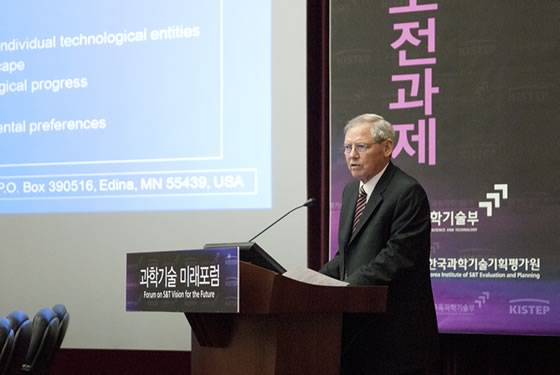 Dr. Rias J. van Wyk, keynote speaker at the Forum on S&T Vision for the future in South Korea.

To provide a solid foundation for tracking technology landmarks, Technoscan® Centre performs gound-breaking research on the fundamental nature of technology.

Dr. Rias van Wyk, the Director of Technoscan® Centre, Minneapolis, USA, leads the research program. He is also a Professor Extraordinaire at the University of Stellenbosch. Dr. Van Wyk is a former Director of the Master of Science in the Management of Technology Program, University of Minnesota. His academic qualifications include a Master’s degree from Harvard focusing on science, technology and public policy. He is the author of Technology: Its Fundamental Nature (2017) and Technology: A Unifying Code (2003) 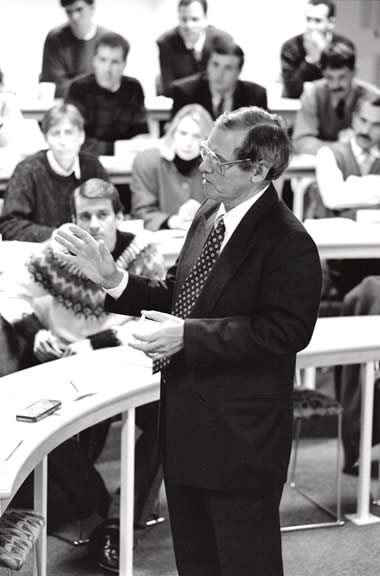 Led an international program to seek consensus on the essence of Management of Technology. This effort culminated in "A Credo for MOT" - published in Technology: A Unifying Code.

2005
Received the Distinguished Achievement Award from the International Association for Management of Technology (IAMOT).

2009
Served on the Jury of the Sustainability Innovation Award of the Globe Forum in Sweden.

2010
Keynote Speaker at the launch of the Korean technology foresight report: Science and Technology Vision for the Future: Towards the year 2040.

2010 - 2012
Served as first President of the Management of Technology Accreditation Board (MOTAB).

2011
Acknowledged by the creation of the 'Rias van Wyk Foresight Award' at The University of Minnesota.

2012
Appointed as a Fellow at the Stellenbosch Institute for Advanced Study (STIAS).

2012 and 2013
Included in the Approved Speakers List of the CFA Institute, an international association of investment professionals

2014
Formulated with Gerard Gaynor: An Academic Template for Graduate Program in Engineering and Technology Management.

Present activities
At present the Centre provides colleagues with #TechnologyLandmarks to help them compile an "Omega Map".